If you want to learn 10 interesting facts about Western Australia, then please keep on reading!

1). Perth Is One Of The Most Isolated Cities In The World

Perth City, the capital of Western Australia, is one of the most isolated cities in the world. In fact, the closest Australian city is 2,200 kilometres away, and if you were in Perth, you’d be closer to Singapore than to Canberra, Australia’s capital!

In Perth, you’ll find the Australian outback on one side and the Indian Ocean on the other. Perth makes the perfect holiday getaway, and there’s no doubt why!

3). Western Australia Has A Pink Lake

Yes, you read that right! Western Australia has a pink lake, and its name is Lake Hillier. It is located on Middle Island, which is off the coast of Esperance.

You can only visit the lake by boat or helicopter, and you must be accompanied by a licensed operator. These precautions are put in place in order to protect and secure the area.

There are also other pink lakes aside from Lake Hillier, which include Lake Warde, Hutt Lagoon, Lake Grace, Quairading, and Pingrup, all of which you can easily visit. 4). Western Australia Is The Only Place Where You Can Find Quokkas

Quokkas are known as the happiest animal on Earth, and you can visit them in Western Australia! They are furry little marsupials endemic only to Western Australia, and there are plenty of ways that you can see them in person!

Fun fact: quokkas do not have any natural predators! After all, who would want to harm such happy creatures?

5). Western Australia Has The Largest Number Of Purebred Camels In The World

There are so many purebred camels in Western Australia that the state even exports some camels to the Middle East.

The first camels made their way to Australia in the 1840s, when settlers from the Canary Islands had first introduced them. Since they also do not have any natural predators, their populations have thrived ever since.

The Busselton Jetty is the longest wooden jetty in the Southern Hemisphere. It spans over 1,800 meters long, upon which you can walk almost two kilometres into the waters of Geographe Bay. This can take about 25 minutes each way.

You can visit the jetty’s Underwater Observatory, where you can descend 8 meters below sea level to explore some fantastic marine life. There are also several cafes and restaurants around the area! Mount Augustus, the world’s largest rock formation, is located in Western Australia. It is so large that it is twice the size of the iconic Uluru, also located in Australia, spanning eight kilometres long and three kilometres wide.

Mount Augustus is also unique because it is classified as a monocline, which means that it has step-like folds.

8). Perth Is Known As The City Of Lights

Another fun fact about Perth! Did you know it is known as the ‘city of lights?’ That’s because back in 1962, astronaut John Glenn said that he could see the lights of Perth from space. Pretty cool nickname, right?

However, the land was heavily overrun by emus, who always ate the crops in the areas. This produced a war between the veterans (turned farmers) and the emus, who actually won the war. 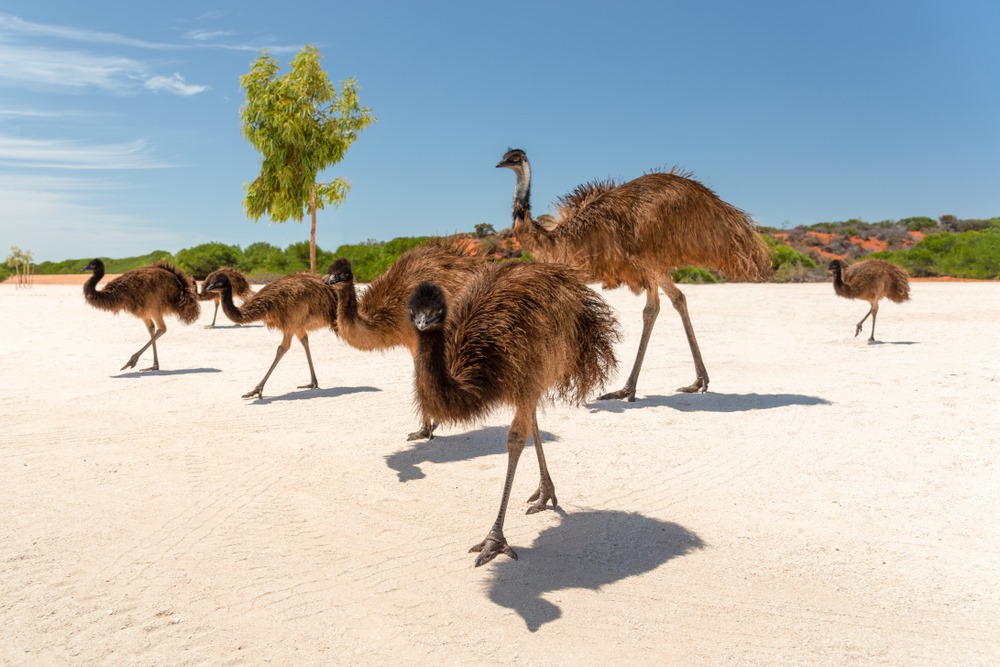 10). Western Australia Has Many Other World Titles!

If you are looking to go camping and exploring in WA, there is no better to experience WA than with your very own luxury caravan.

For the best new or used off-road caravans for your next holidaying adventure, then look no further than Luxury RVs WA.

What Basic Survival Skills Should I Know Before Camping?